Moving on some Lithops pseudotruncatella 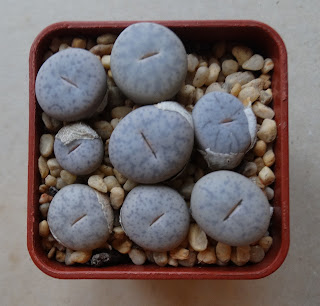 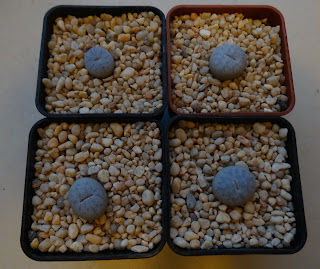 A little bit of stem woody stem must be left. 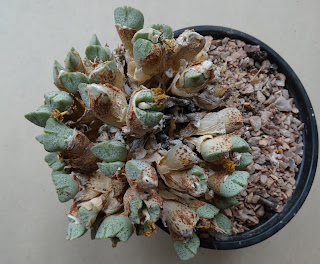 Into a seed tray of dry compost and leave for a week. Then soak from underneath before placing on a heated tray. 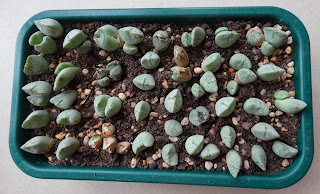 Less than three weeks after breaking up the old plant roots have formed. 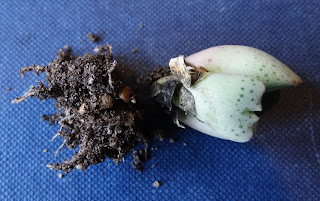 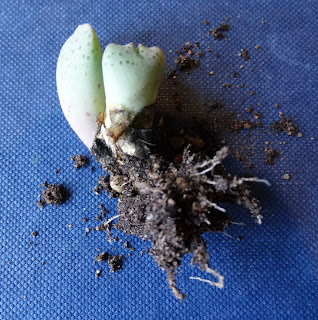 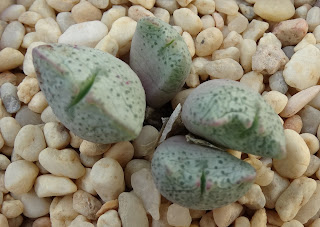 I took some cuttings late last Autumn. These have been left in a tray since but roots formed and they have also been potted up. 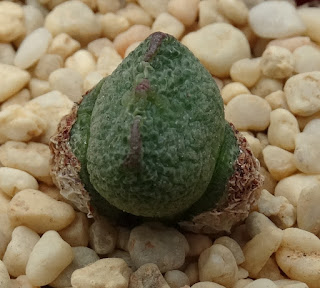 Posted by SUCCULENT SUNDAE at 02:23